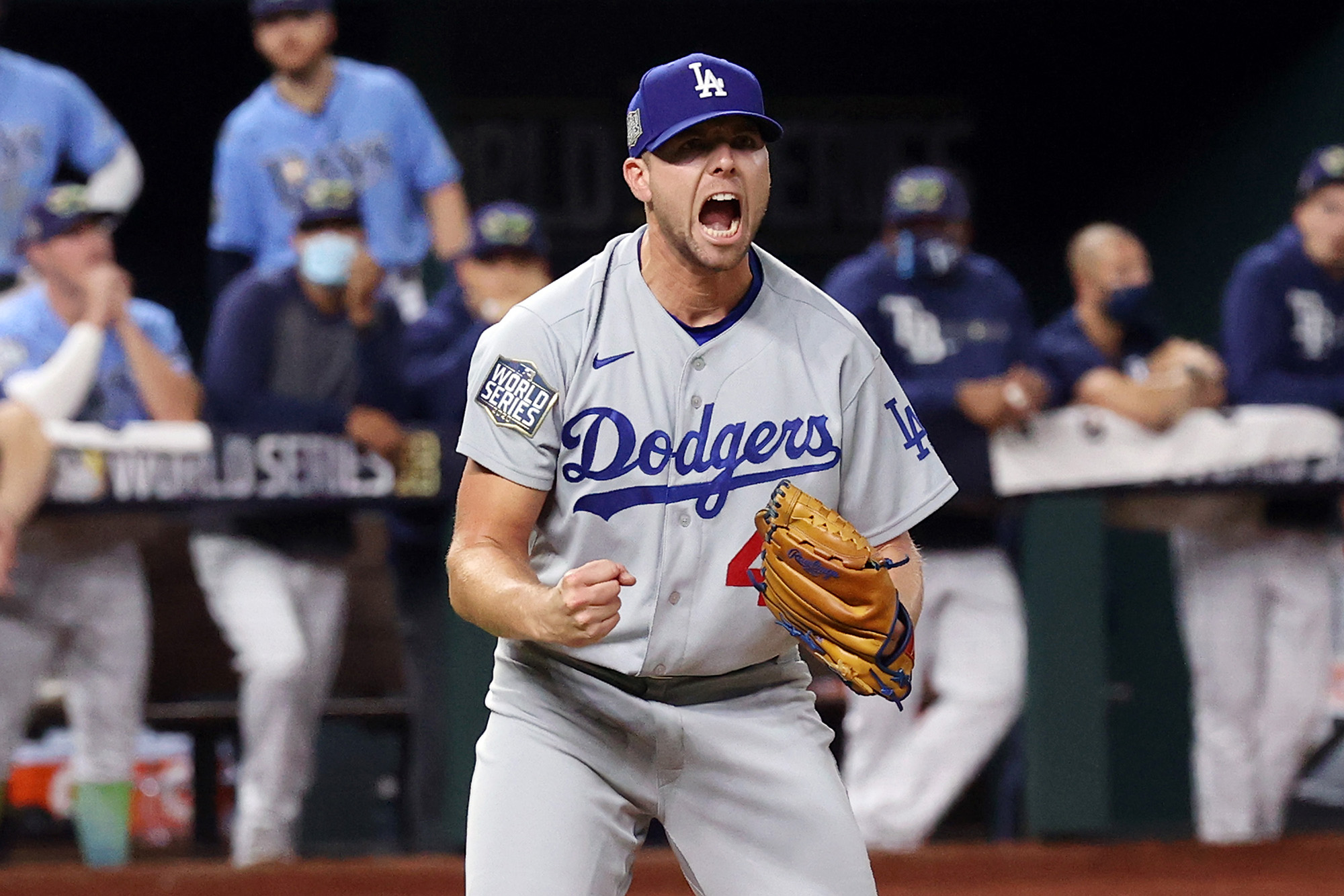 After watching his star closer stumble the previous night, manager Dave Roberts chose a different course in the ninth inning in Game 5 of the World Series on Sunday.

Blake Treinen was chosen to get the final three outs and succeeded, earning the save in the Dodgers’ 4-2 victory over the Rays. The veteran right-hander allowed a leadoff single to Manuel Margot, but then retired the next three batters.

On Saturday, Kenley Jansen surrendered two runs in the ninth inning in the Dodgers’ 8-7 loss. Roberts indicated he was more comfortable using Treinen for a third straight day than Jansen, who had also pitched in consecutive games.

“It’s the biggest stage, the biggest game of my career,” Treinen said. “[The Rays] have been so tough late on our guys and our guys have grinded so hard and pitched really well.

“In the playoffs, we forget how hard and locked in people are because it’s do or die. That meant a lot to me personally because this team has invested a lot in me. It’s gratifying.”

Blake Snell was preparing for the possibility he would pitch the 10th inning when the Rays completed their wild comeback Saturday against the Dodgers in Game 4.