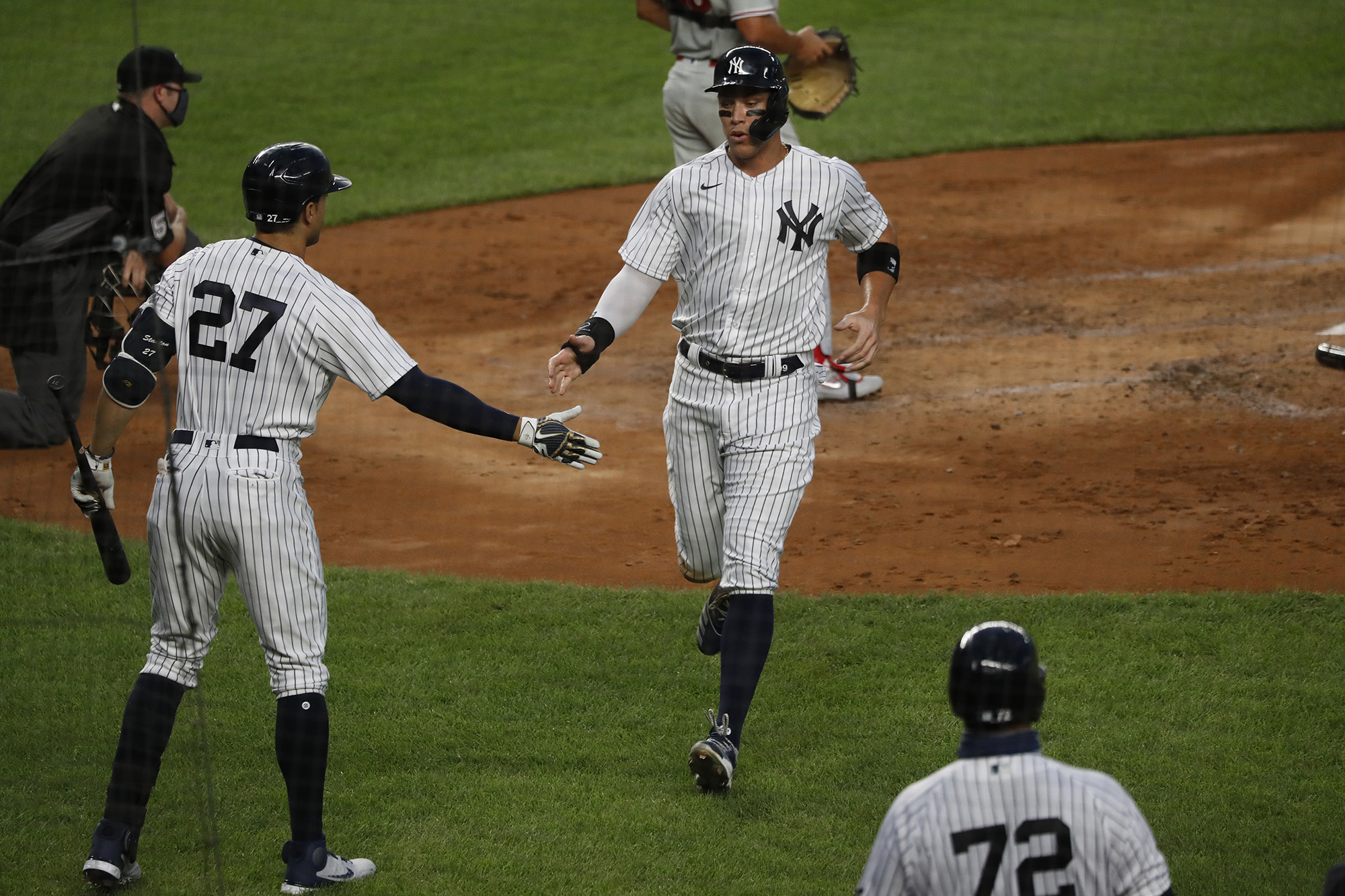 Ready for another ride on this pinstriped tilt-a-whirl?

It could provide you with life-changing thrills. It could detach from its bolts and wreak havoc on the entire Yankees universe.

It’s Aaron Judge and Giancarlo Stanton together again, and what choice do you — and the Yankees — have but to give the two high-performance, injury-prone behemoths another shot with the playoffs just around the corner?

The Yankees celebrated Judge’s return to the lineup Wednesday night with a seven-homer, 13-2 thumping of the Blue Jays at Yankee Stadium, their seventh straight win that placed them a game and a half ahead of Toronto for second place in the American League East. That none of those homers came from Judge, who went 0-for-4 with three strikeouts, or Stanton, who rested after returning Tuesday, underlines the depth and breadth of this explosive lineup. Backup catcher (and former Post guest columnist) Kyle Higashioka went deep three times, for crying out loud.

“We’re at full strength right now, and we’re going into the end of the season clobbering the baseball,” said Clint Frazier, who also homered.

Alas, for better or worse, it feels like a safer gambit betting on…