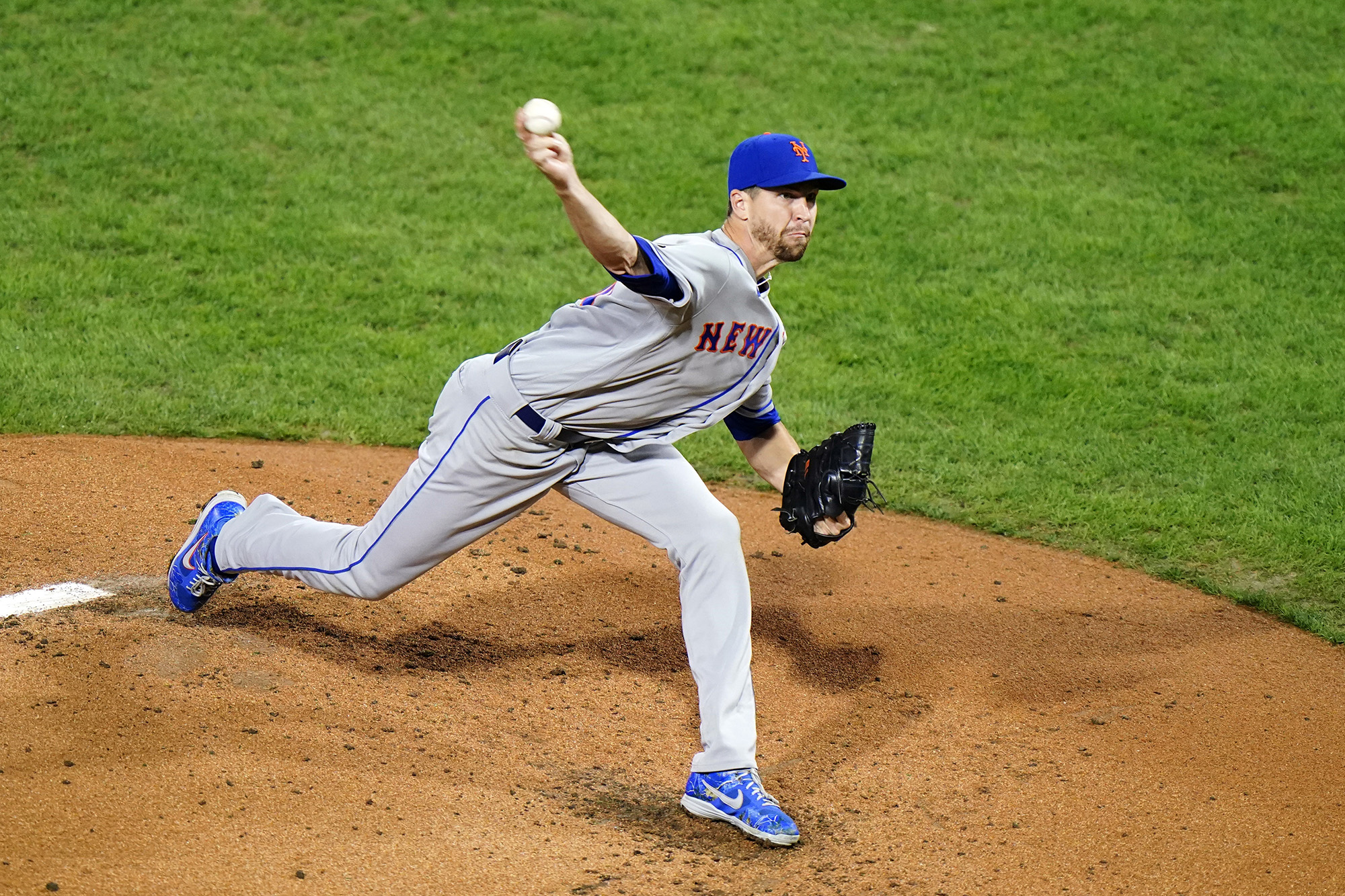 First, the Mets ace – with some shaky defense as a chief culprit – allowed three runs against the Phillies over two innings. Then he departed the game with an apparent injury.

Michael Wacha entered to begin the third inning, after deGrom was spotted on the Mets bench speaking with team trainer Brian Chicklo.

In two innings, deGrom allowed three earned runs on four hits with one strikeout and one walk. He began the night as the major league leader with a 1.69 ERA, but that number had jumped to 2.09 by his departure.

Andrew Knapp’s shot off Dominic Smith’s glove for a double sparked the Phillies’ big inning against deGrom. In the inning, Andrew McCutchen’s RBI fielder’s choice brought in a third run as Wilson Ramos dropped Andres Gimenez’s throw attempting to apply a quick tag on Scott Kingery at the plate.