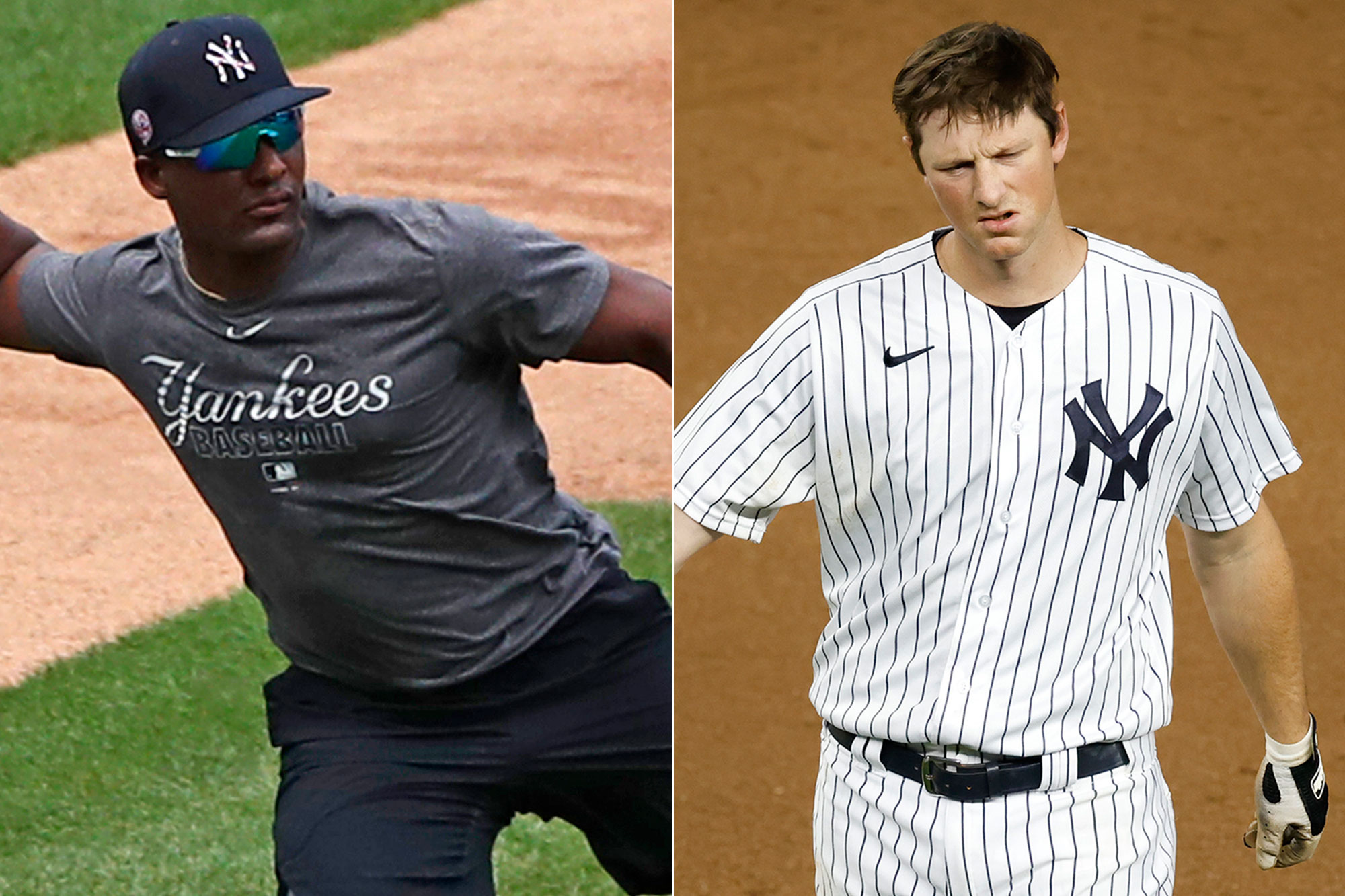 DJ LeMahieu landed on the 10-day IL on Sunday with a sprained left thumb suffered on a swing in Saturday’s win over the Red Sox.

The Yankees now have three of their top hitters on the IL, with LeMahieu joining Aaron Judge (right calf strain) and Giancarlo Stanton (left hamstring). The three have the highest OPS in the Yankees’ lineup.

Miguel Andujar was recalled from the team’s alternate site in Scranton to take LeMahieu’s spot on the roster.

Following Saturday’s win over the Red Sox in The Bronx, Aaron Boone said X-rays on LeMahieu’s thumb were negative, but he was set to undergo an MRI exam and CT scan.

In 2018, LeMahieu suffered a similar injury and missed 2 ½ weeks.

The Yankees could fill LeMahieu’s spot by inserting Tyler Wade to second base or shifting Gleyber Torres from shortstop to second and putting Wade at short.

“Miggy basically missed the whole year last year and this year just didn’t get enough at-bats,’’ Thames said Saturday. “He’s still a really good hitter. We believe that, he’s shown that. He’s just got to get…