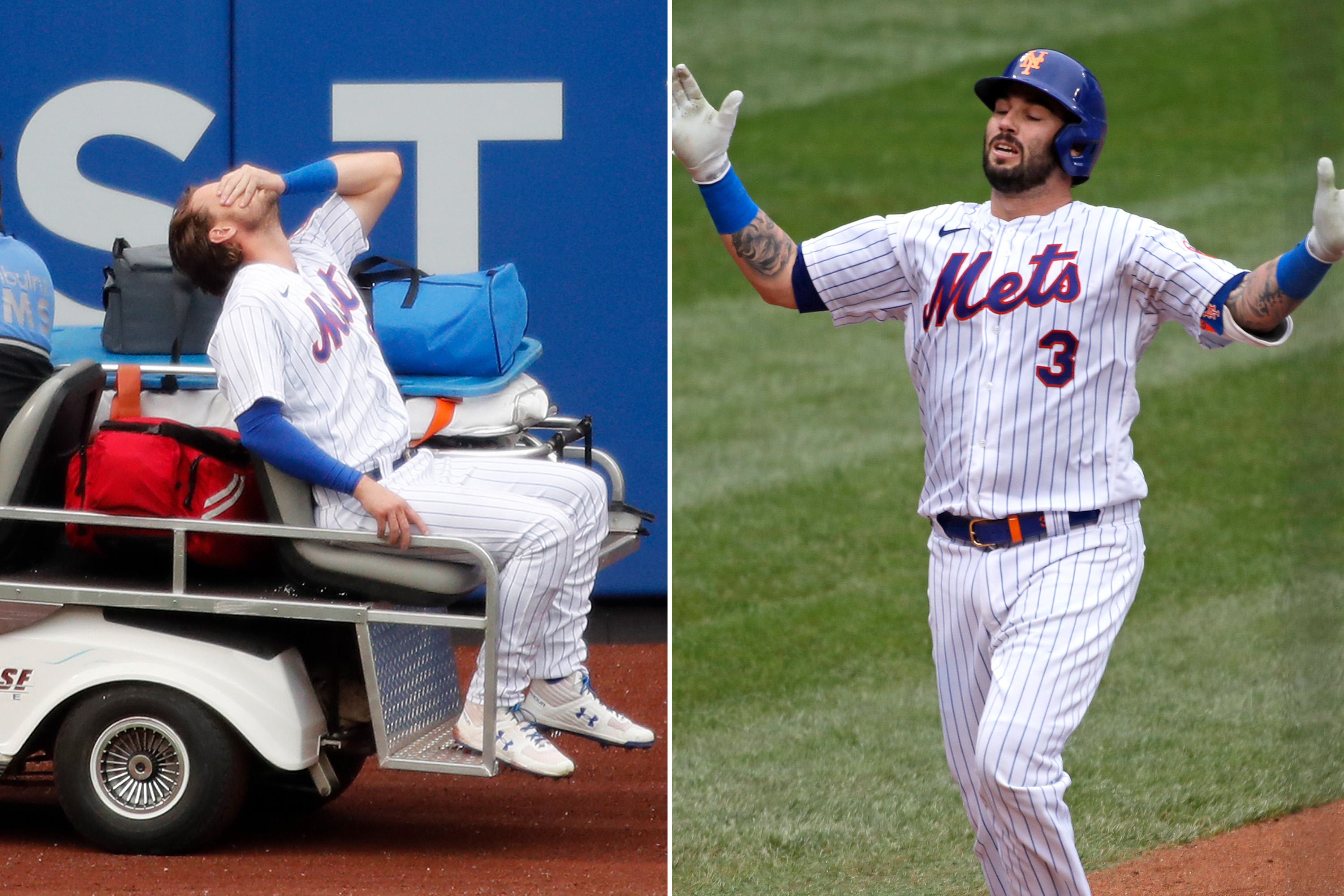 The Mets turned to the bench for their catcher Thursday and ended up with Johnny Bench.

Tomas Nido barely hit enough to stay in the major leagues last season, but a winter spent working with a private swing instructor may have been the best $25,000 the Mets backup catcher ever spent.

Nido smashed two home runs, including his first career grand slam, in an 8-2 pounding of the Nationals at Citi Field that gave the Mets two straight victories and a split in the four-game series.

It wasn’t all smiles with the Mets, who lost Jeff McNeil in the first inning after he crashed into the left-field fence while making a catch. McNeil departed the field on a cart and underwent a knee X-ray that was negative. McNeil has a bone contusion and is day-to-day.

David Peterson (3-1) gave the Mets a fourth straight solid start to begin his major league career. The left-hander allowed one run on one hit and two walks over five innings and lowered his ERA to 2.91. Jared Hughes allowed one run in two innings of relief before Edwin Diaz and Brad Brach threw a scoreless frame apiece.