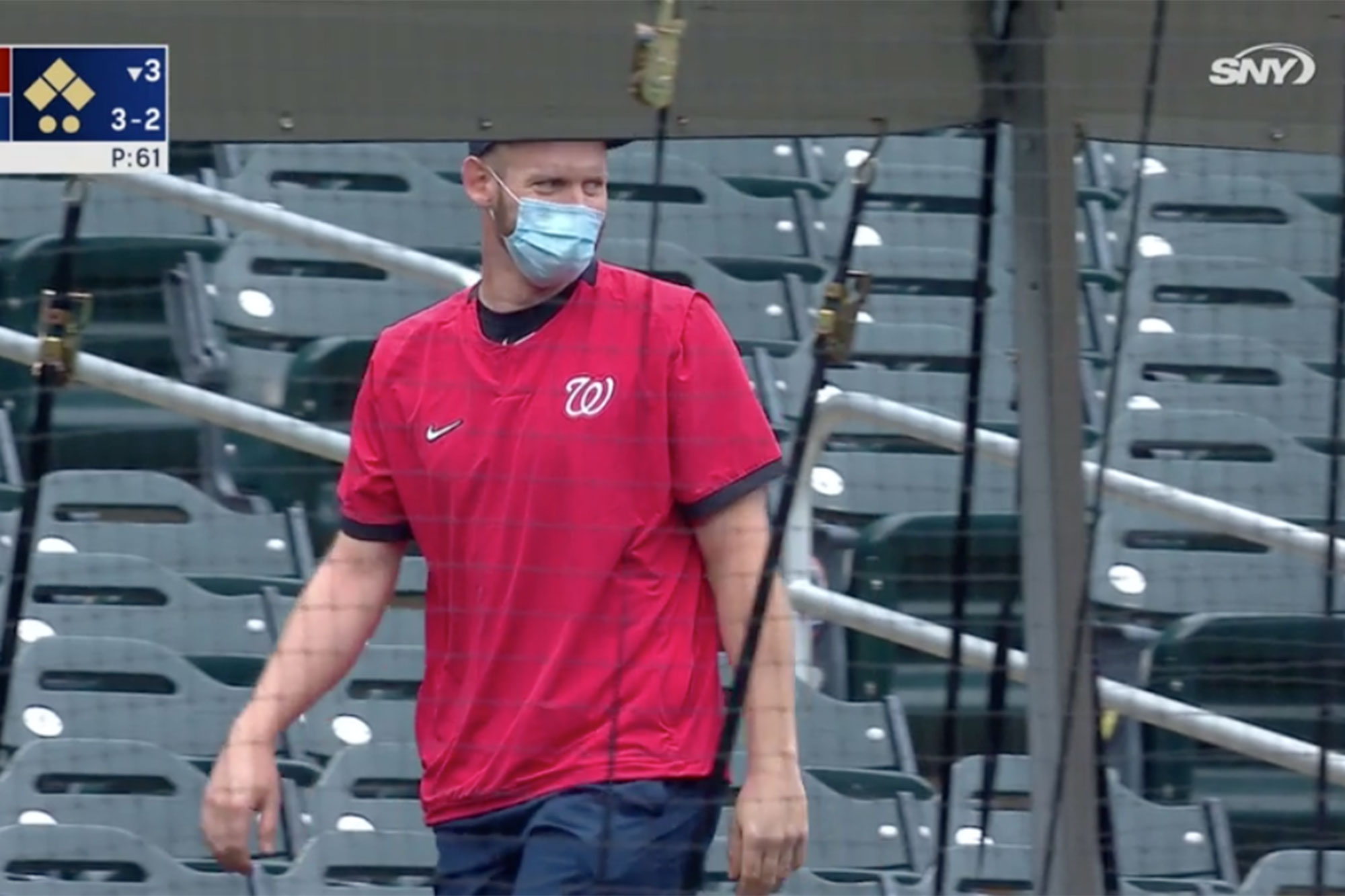 Stephen Strasburg was forced to do some extra social distancing.

The Washington Nationals pitcher, taking in Thursday’s tilt with the Mets from the empty stands, was ejected by umpire Carlos Torres in the bottom of the third inning.

Upset with a pair of borderline pitch calls from teammate Austin Voth to Mets slugger Pete Alonso, Strasburg let Torres have it from his seat in the 121 section at Citi Field. The umpire, not happy with the feedback, sent the injured righty… elsewhere.

Strasburg, wearing a noticeable smirk under his protective face mask, tipped his cap to Torres and made his way through the stands — presumably to the visitors’ clubhouse to watch the rest of the game, tied at one.

It wasn’t the end of the fireworks in Queens. Mets rookie David Peterson earned himself and the bench a warning after drilling Juan Soto in the top of fourth inning.