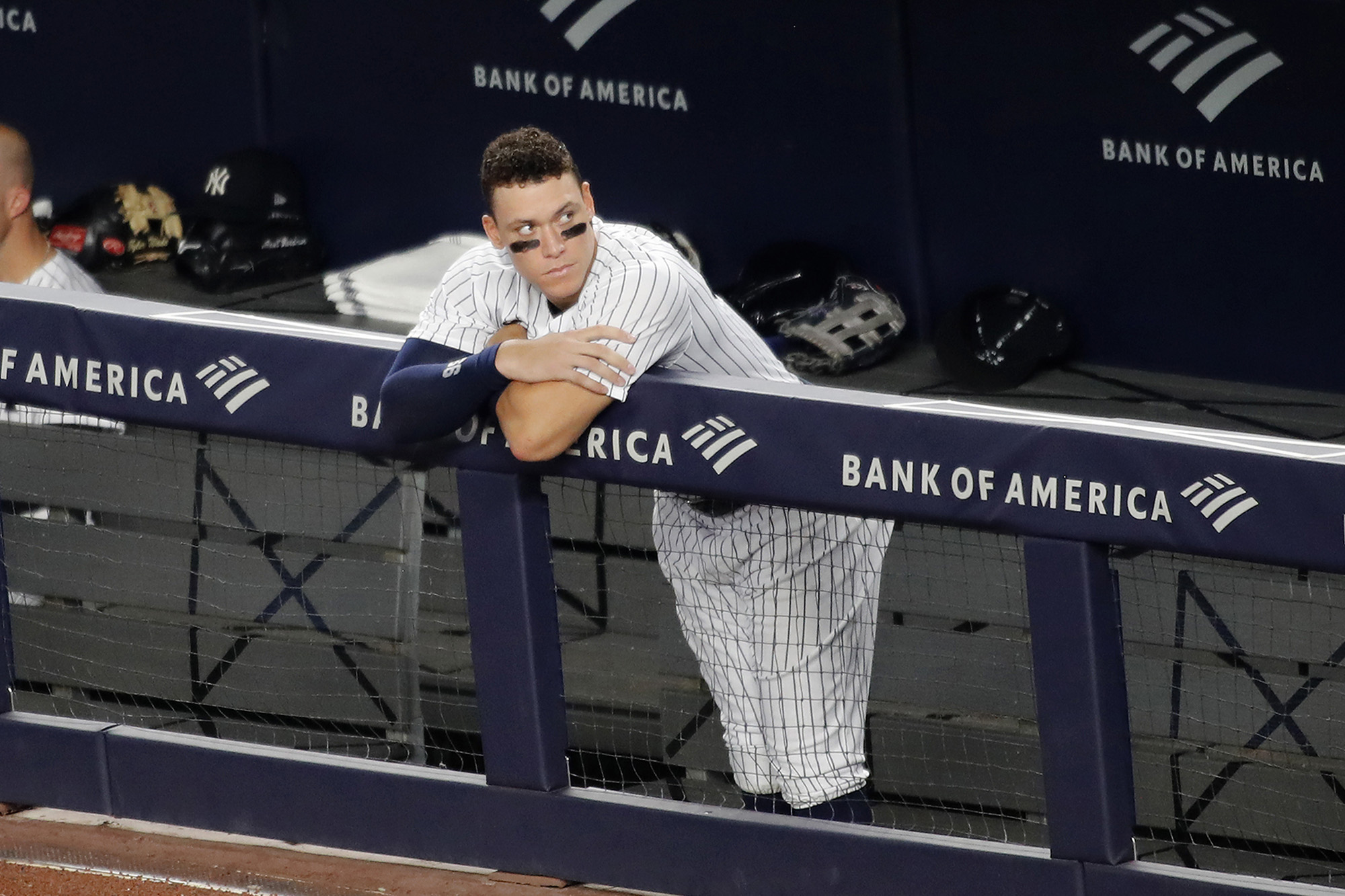 So there is something up with Aaron Judge.

The Yankees star right fielder was left out of the lineup Wednesday against the Braves due to lower-body tightness, Aaron Boone told reporters.

“We’re hoping to get out ahead of and hopefully prevent an injury moving forward,” Boone said.

Judge exited Tuesday’s win against the Braves before the sixth inning, leading some to fear he was hurt.

But Boone dispelled the notion afterward, saying he was just trying to give Judge rest “coming off four days on the turf” in Tampa Bay.

Wednesday, Boone said: “Just seeing him move around cautiously I felt like it was best to get him out of there.”

Judge was to undergo treatment.

The Yankees have an off-day Thursday before opening a four-game home series Friday against the Red Sox.

Yankees lineup Wednesday against the Braves: