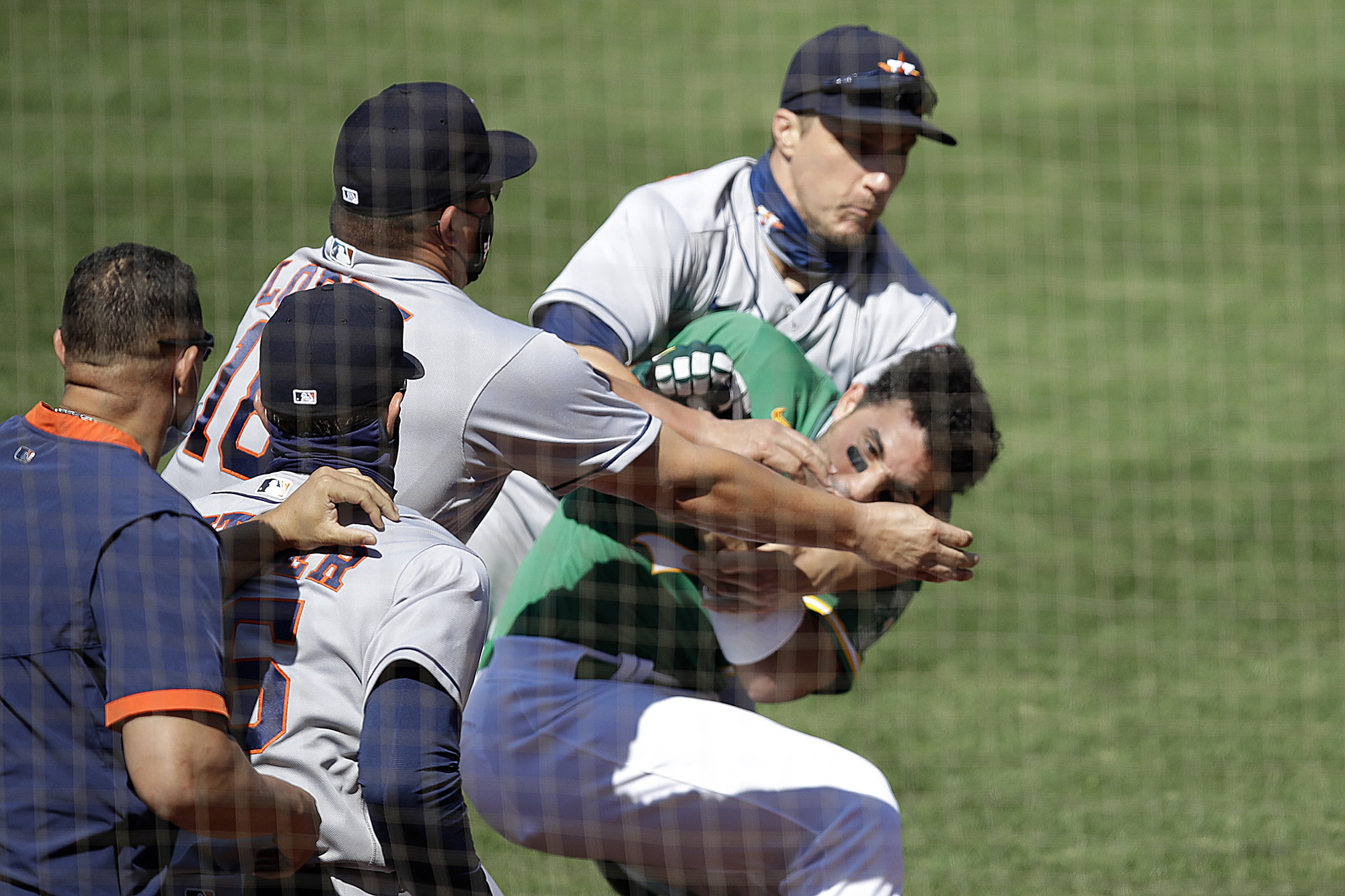 The Oakland Athletics outfielder told ESPN that a nasty comment from Astros hitting coach Alex Cintron about his mom set him off toward the Houston dugout, sparking a bench-clearing brawl between the teams during their game Sunday.

Laureano said Cintron “said in Spanish something you don’t say about my mother.”

He was already heated after being hit by a pitch for the third time in the series and second time in the game. Laureano initially gestured toward pitcher Humberto Castellanos, sparking a reaction from the Astros bench. Laureano claims Cintron then sent an expletive his way, which he returned prior to the alleged comment about his mother.

Cintron, through an Astros employee, denied to ESPN that he spoke about Laureano’s mom. He did not comment on what he did say.

MLB’s coronavirus protocols discourages against fighting, and Sunday’s incident will likely lead to disciplinary action for those involved.