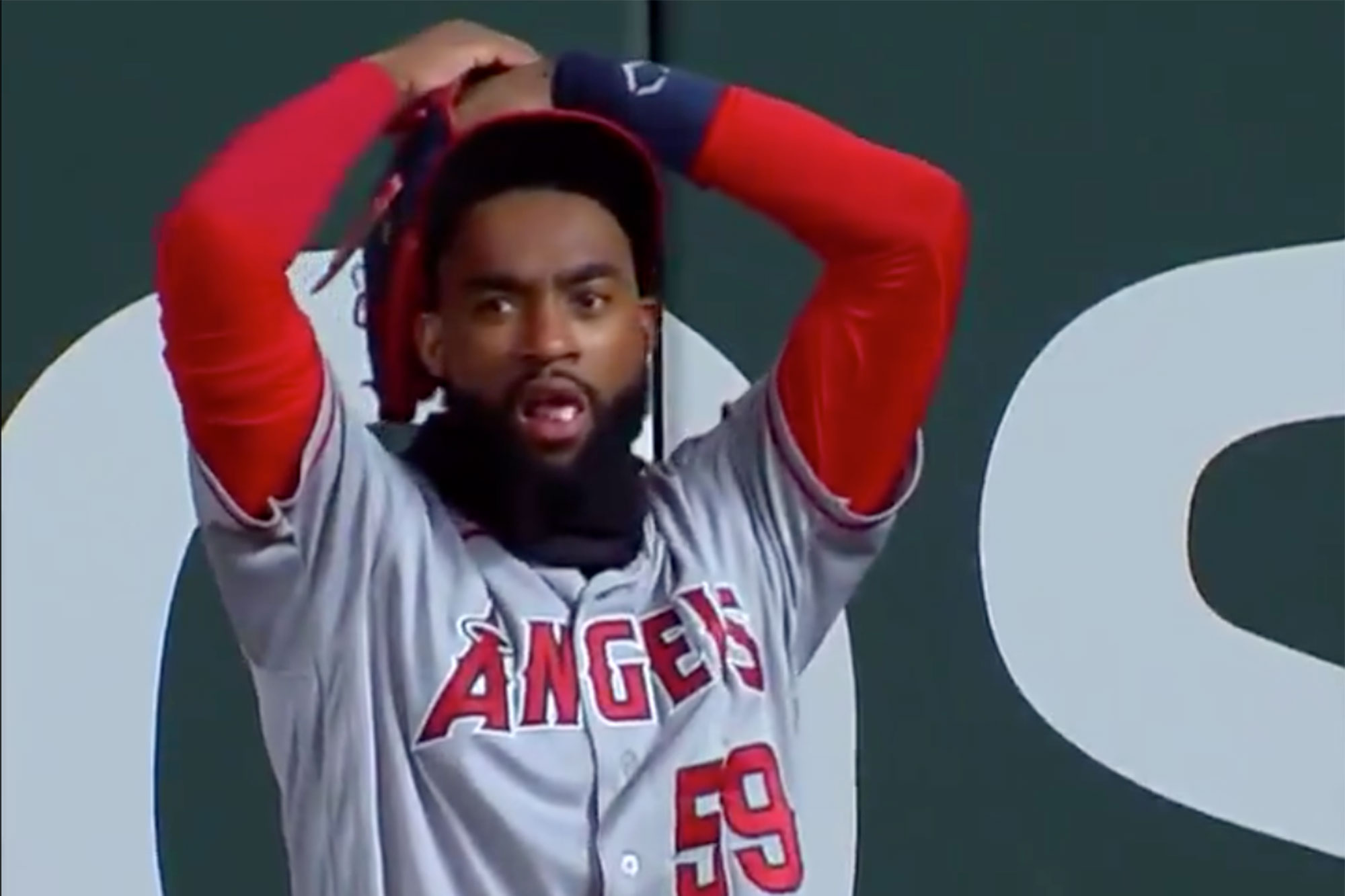 That just might be the error of all errors.

In the series finale between the Angels and Rangers on Sunday, Angels right fielder Jo Adell managed to turn a routine out into a home run. With Texas at bat and leading 5-2 in the fifth inning, Nick Solak drove a deep fly ball toward the warning track in right field.

As Adell angled himself while tracking the ball, he reached to make the catch but the baseball bounced off his glove and over the wall.  The 21-year-old immediately put his hands on his head in disbelief.

“I had an issue with picking that ball back up through the dome with the way it’s shaped,” Adell said. “It was a tough read. And it popped out.”

The “home run” was Solak’s first of the season and gave the Rangers a 6-2 lead on the way to a 7-3 final. It was also recorded as a four-base error on Adell — not that Solak was complaining.

“Yeah, I think I deserve a home run, for sure,” Solak said. “If I were a scorer, I’d always err on the side of giving guys more hits, but that’s me, personally.”