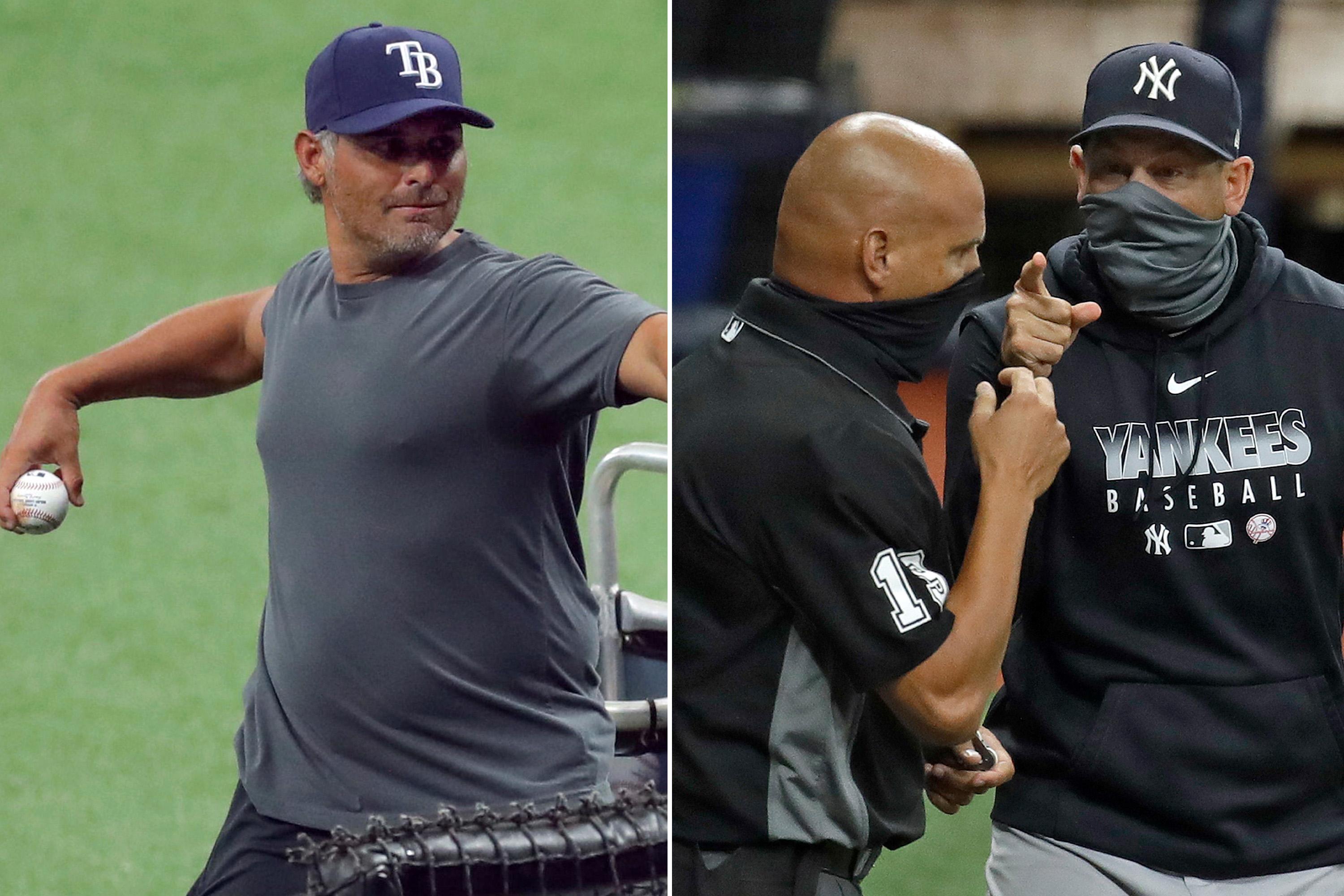 As the Rays prepared to close this weekend’s series against the Yankees at Tropicana Field, their manager validated the Yankees’ feelings that led to two ejections on Saturday but didn’t vow any changes.

“The only thing we’re mindful of is, we’re trying to compete and go out and win. I think it’s best to leave it at that,” Cash said Sunday morning. “Everything that we’re doing, we’re trying to get a really good lineup out. I can respect their thoughts and I think it’s just, we’ve got to continue playing games and finding ways to win.”

In the fifth inning of the Yankees’ 5-3 loss to the Rays Saturday, in the second game of a doubleheader, Yankees manager Aaron Boone and hitting coach Marcus Thames drew ejections from home-plate umpire Vic Carapazza moments after DJ LeMahieu hit a comebacker to pitcher Andrew Kittredge to end the top of the frame. Kittredge had enraged the Yankees by throwing up and in to LeMahieu, the third such high-and-tight pitch of the day to the visitors, and after the game, Aaron Judge said the tension “was more just about the history.” During a September…