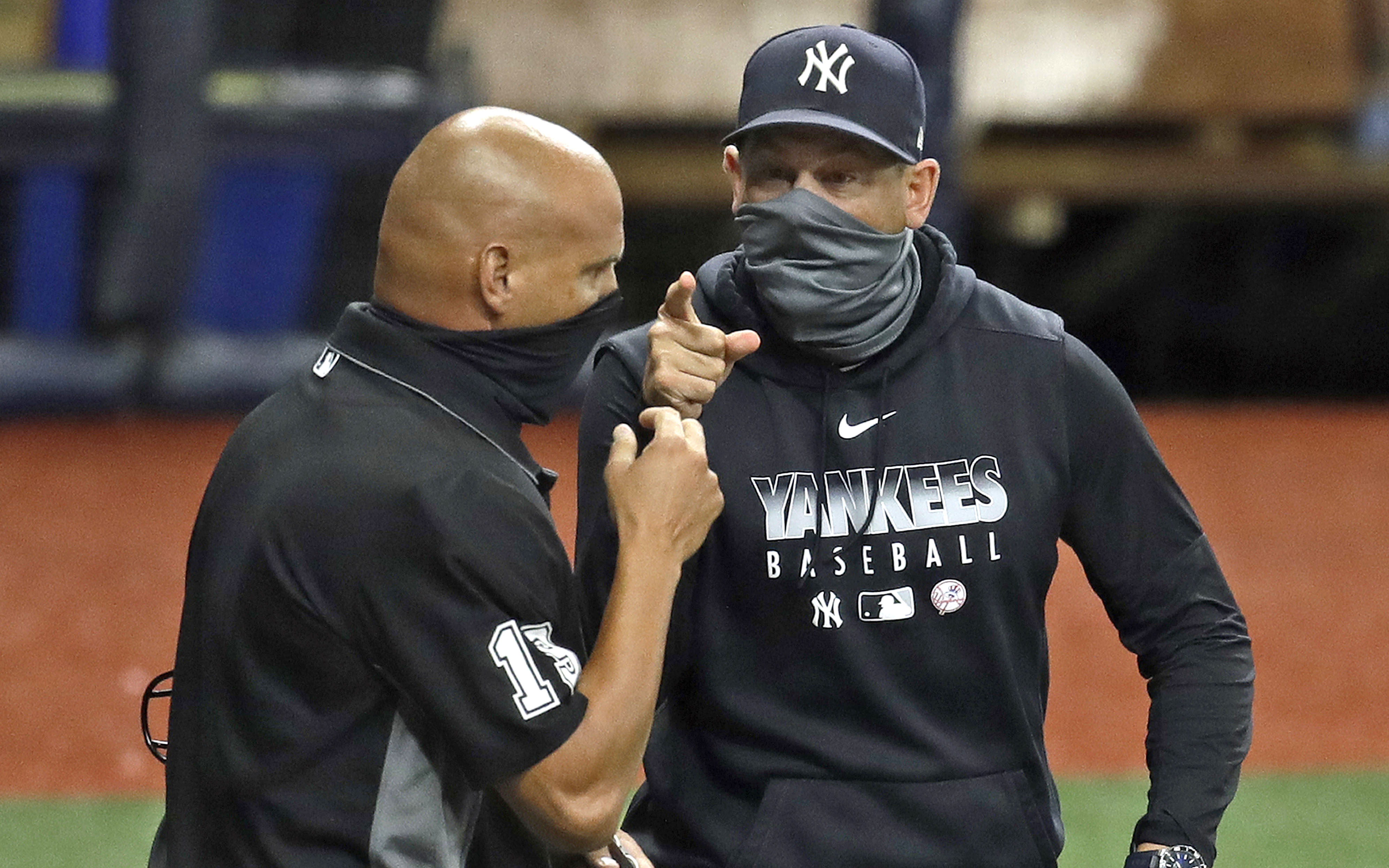 The heat got turned up in the temperature-controlled Tropicana Field on Saturday.

The ejections appeared to be related to a number of high-and-tight pitches that the Rays threw to the Yankees, two at DJ LeMahieu and one to Gio Urshela.

The chirping from the Yankees’ dugout, in these fan-less games, could be heard on the YES Network after Tampa Bay pitcher Andrew Kittredge knocked down LeMahieu in the top of the fifth inning.