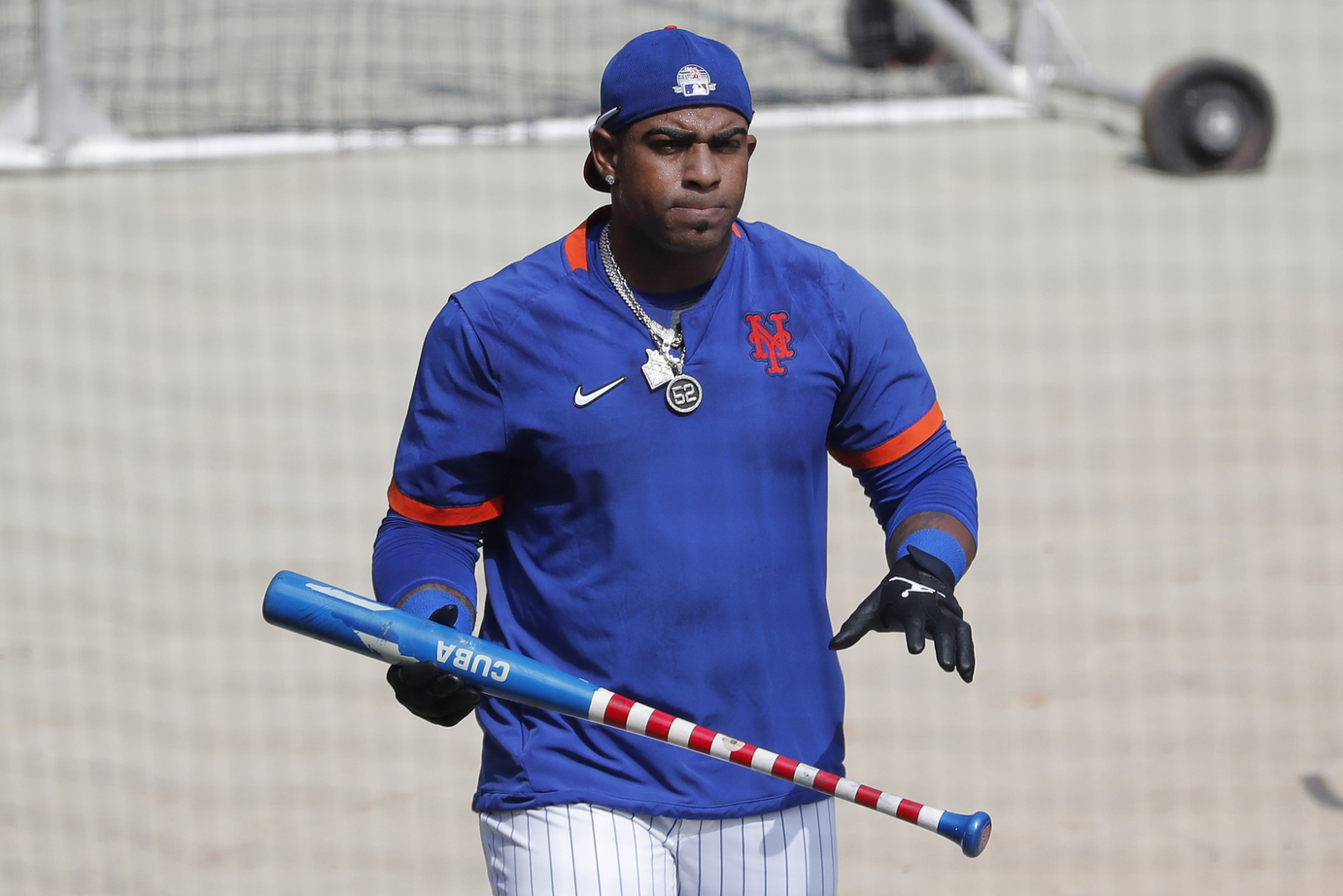 Yoenis Cespedes played an inning in left field and took swings against the Mets’ best pitcher, but like the rest of his teammates wasn’t permitted to run the bases Sunday.

All is part of the progression for the veteran outfielder, according to manager Luis Rojas, as the Mets attempt to get Cespedes ready for the season opener on July 24.

Cespedes, facing Jacob deGrom in a simulated game, delivered what would have been a single to right field if he were allowed to run the bases. But Rojas beforehand had instructed players not to run.

Cespedes is attempting to return from separate heel surgeries and multiple right ankle fractures sustained in an accident on his ranch involving a wild boar.

“It was a good day today [for Cespedes],” Rojas said. “I want us to keep building off of this and our communication with the performance staff will dictate that. It was a positive day to get him out there with the rest of the guys, it’s been a while since he’s been in left field here at Citi Field.”

Amed Rosario and Marcus Stroman appeared in team workouts for the first time. Rosario was the only member of the starting lineup who didn’t participate in the morning…