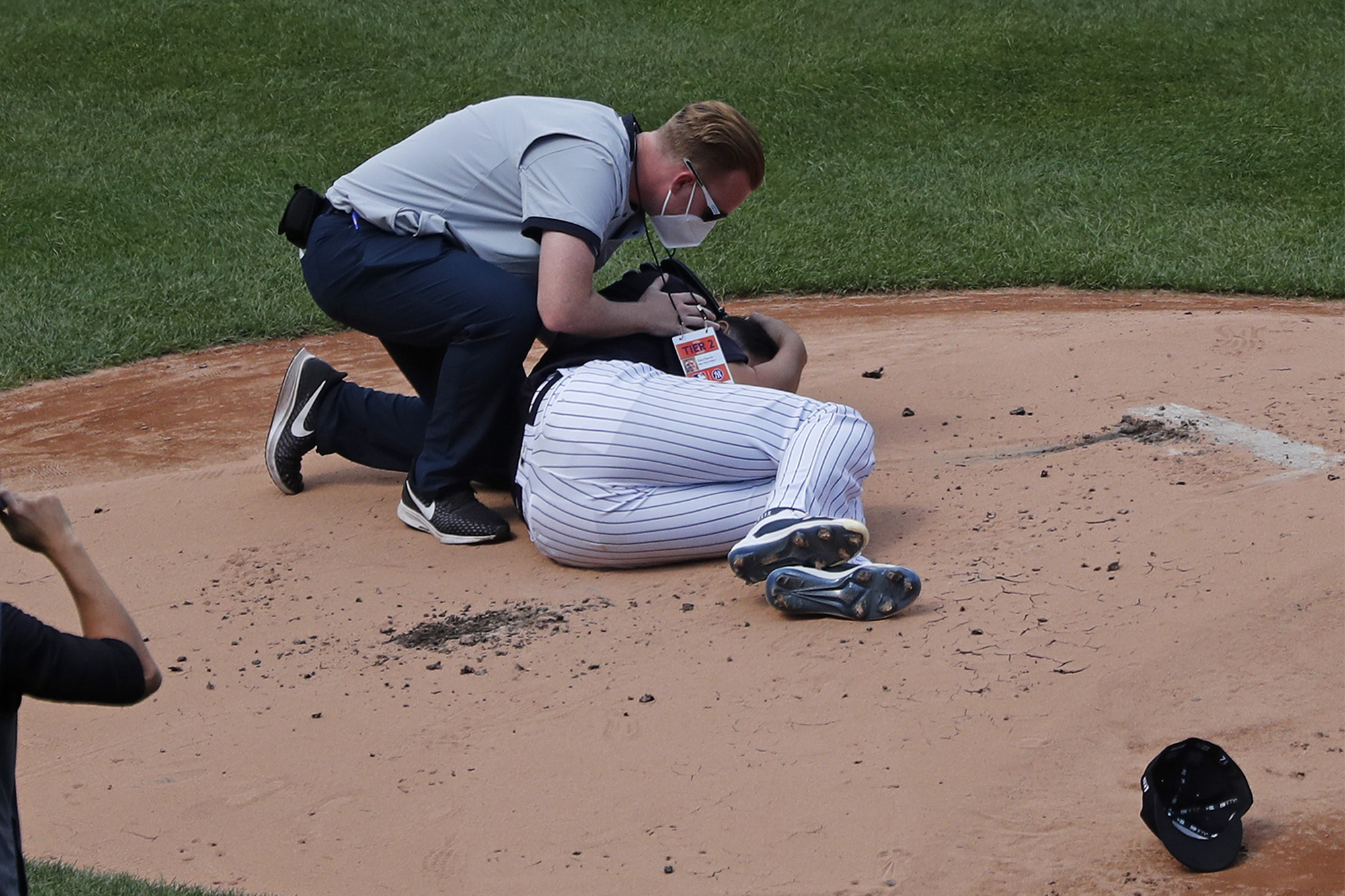 The line drive that struck Yankees pitcher Masahiro Tanaka in the head Saturday — but miraculously did not cause a serious injury — came off the bat at 112 mph, teammate James Paxton told reporters Sunday.

Tanaka was hit on the right side of his head by a line drive off the bat of Giancarlo Stanton, whose exit velocity — which measures the speed of the baseball as it comes off the bat — typically ranks near the top of the majors.

The 31-year-old righty immediately fell to the ground and lay motionless before being walked off the field with the assistance of the Yankees medical staff.

Tanaka was taken to NewYork-Presbyterian Hospital for further evaluation but has since been released and entered concussion protocol. A CT scan came back negative, manager Aaron Boone said.

“I appreciate all the support,” Tanaka wrote on Twitter Saturday night. “I feel it a bit right now, but I’m all good. Going to try to get back on the mound ASAP! Thanks again for all the encouraging words!”