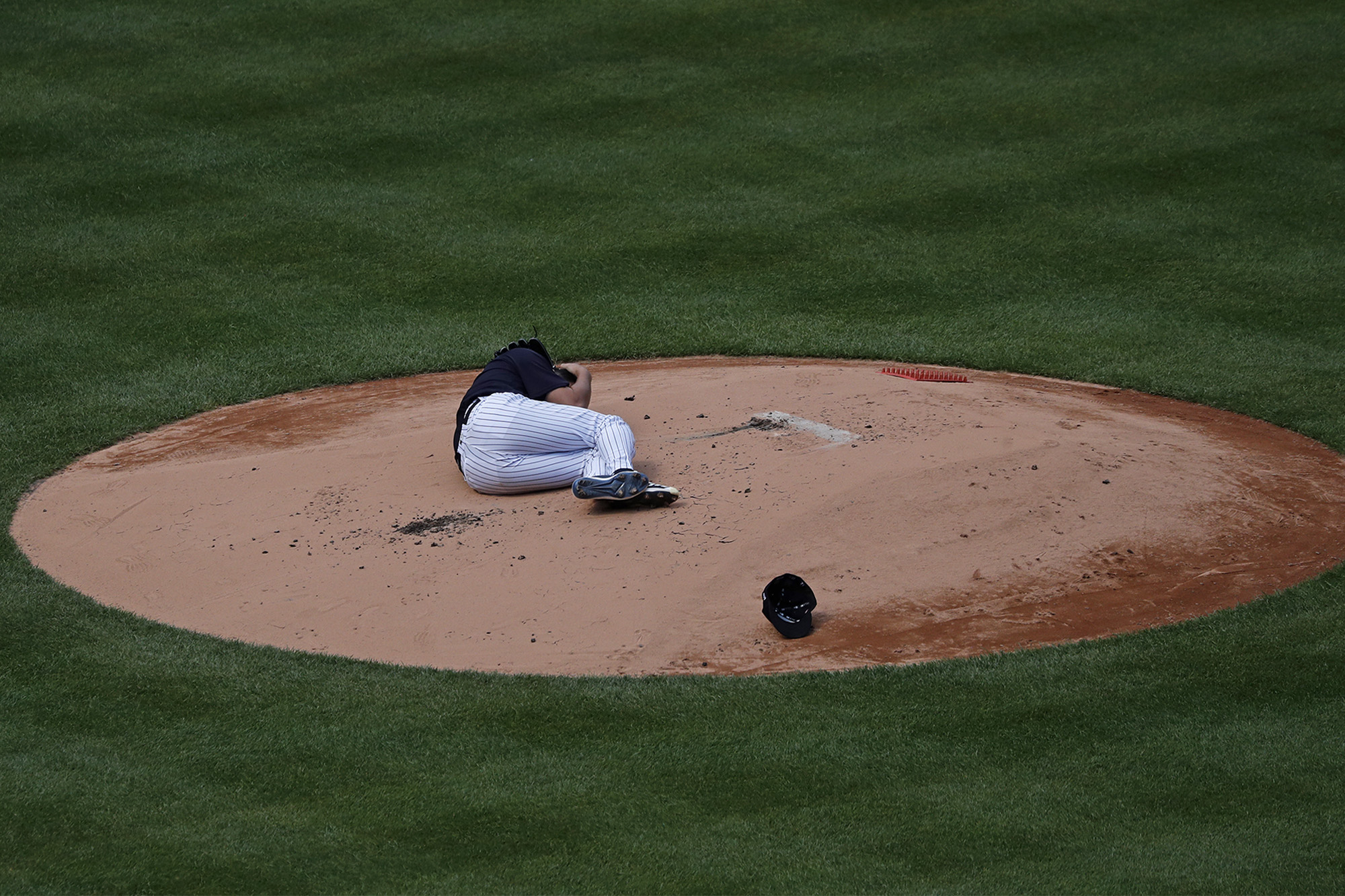 Just minutes after the Yankees opened spring training 2.0 in The Bronx, Masahiro Tanaka suffered a frightening injury when he took a line drive to the right side of his head off the bat of Giancarlo Stanton.

Tanaka immediately fell on the mound and action stopped as trainers rushed to check on his. He stayed down for approximately five minutes before sitting up. He was helped to his feet and walked off the field with the assistance of two trainers.

The right-hander had faced several batters as Saturday was the Yankees’ first official workout after players began to report Wednesday following the three-month layoff due to the COVID-19 pandemic followed by the labor dispute between MLB and the players association.