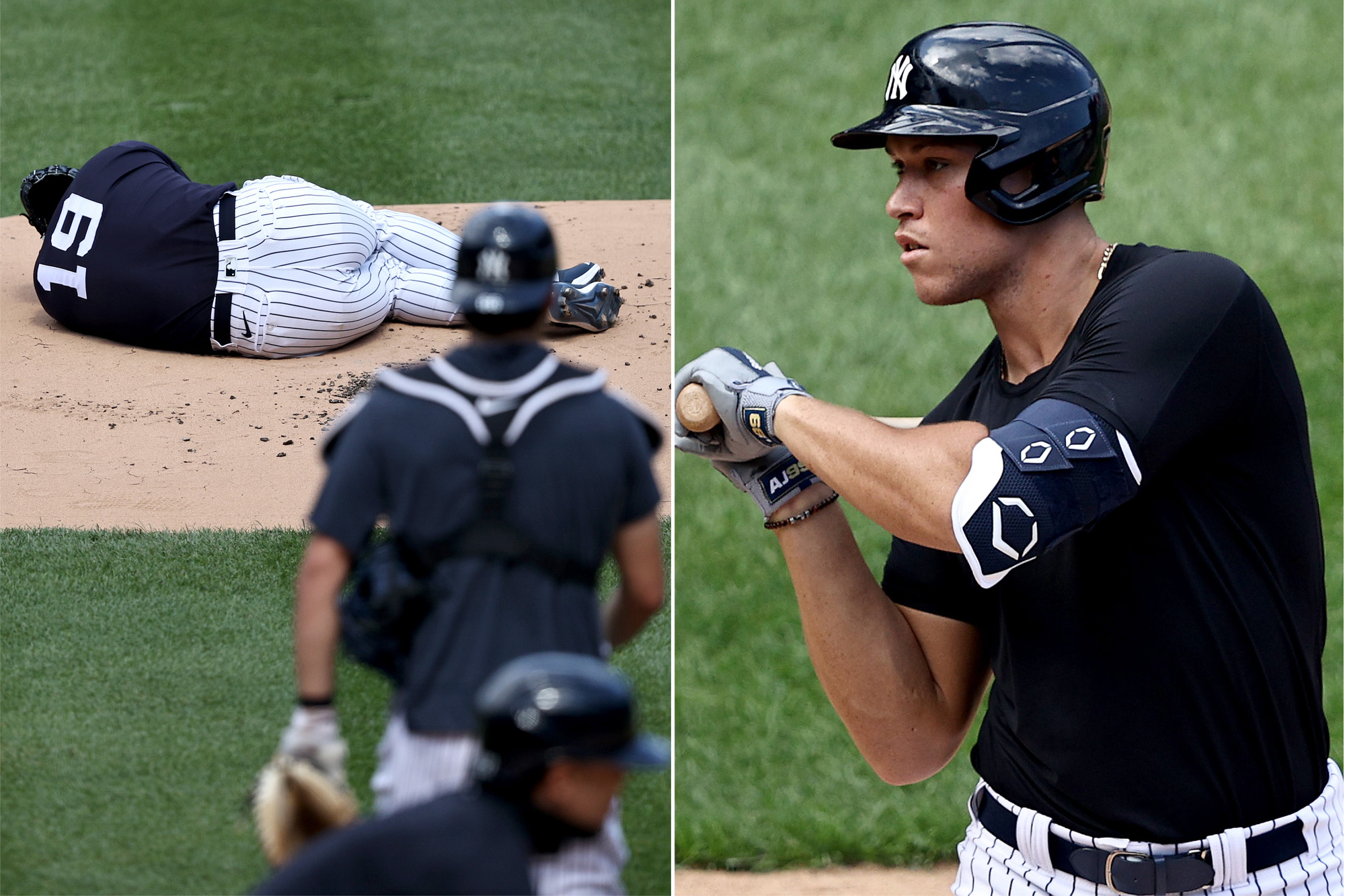 Some Yankees players were upset with video being circulated of Masahiro Tanaka on the ground after being drilled in the head by a Giancarlo Stanton line drive during Saturday’s simulated game at Yankee Stadium.

Aaron Judge could be seen and heard yelling at someone in the stadium about shooting video and later took to Twitter to voice his displeasure.

“I get that everyone has a job to do but continuing to film and zoom in on someone hurt and down in the stadium doesn’t sit well with me!,” Judge wrote. “Doesn’t matter who it is, teammate, coach, or fan! Praying for Tanaka!”

Gleyber Torres joined Judge, writing on Twitter: “I understand that people are doing their job and want to show everything we are doing, I understand that, but showing that exact moment that happened with our teammate does not seem right to us, we feel terrible to see the video in each part of social media.”

Interestingly, most of the video circulated came from the YES Network, which is owned by the team.

Tanaka stayed on the ground for several minutes and left with the assistance of trainers after receiving medical treatment. The Yankees announced Tanaka had been taken to New…