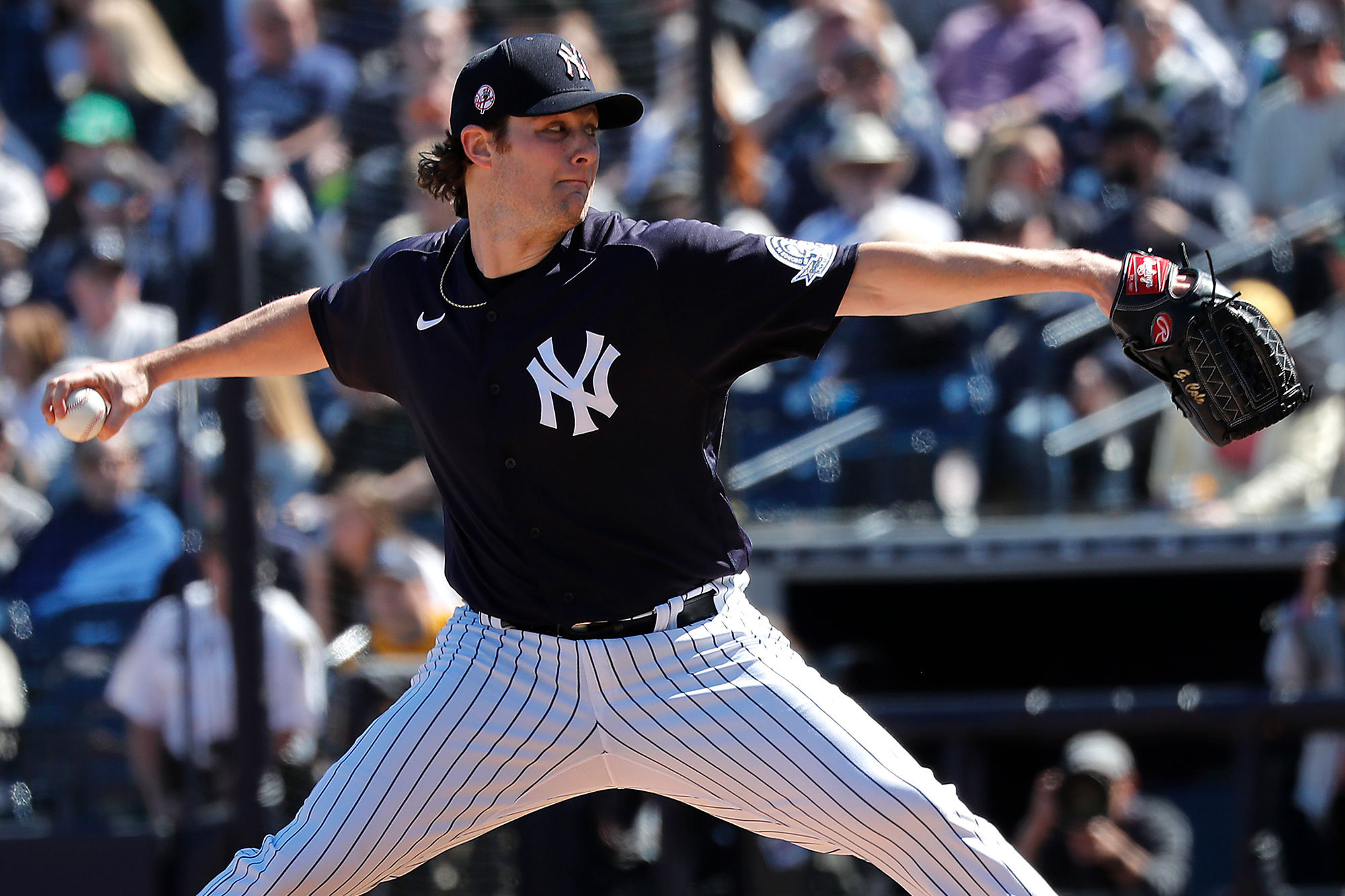 Yankees ace Gerrit Cole announced the birth of his son (7 lbs, 13 oz) to reporters on Friday. Caden just beat out his due date of July 1 — and his dad’s spring training 2.0 at Yankee Stadium.

“Amy is doing excellent and he is doing excellent,” Cole told reporters. “He’s strong. He’s a good mix of his dad and his mom. He’s a little toe head. He’s absolutely adorable. He’s got big blue eyes and gosh I just can’t stop staring at him.”

Cole and his wife Amy, married in 2016, had an eventful offseason. He signed a $324 million free agent contract to come to The Bronx and she helped keep him in shape after spring training was halted because of the coronavirus pandemic.

Now, they both have very different priorities: Amy, a former UCLA softball pitcher, recovering from childbirth and Gerrit taking the mound at Yankee Stadium — where he threw high-90s on Thursday.

One thing none of them will have to worry about: diaper money for Caden.