With Anthony Rendon on his way to the Halos and Mike Moustakas now entrenched in Cincinnati, teams seeking a significant third-base upgrade in free agency are likely focused in on Josh Donaldson. The 2016 AL MVP was the clear No. 2 option heading into the winter, behind Rendon, and the manner in which things have played out has gone quite nicely for him and his representatives at the MVP Sports Group. Not only has the market been more aggressive for top-end free agents that at any point in the past two offseasons, but Moustakas signed with a club that plans to use him at second base and had no need for a third baseman. That’s notable for Donaldson (as it was for Rendon), because it took a top fallback option off the third base market without eliminating a potential suitor for Donaldson himself. 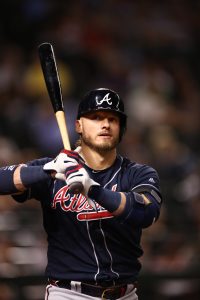 To this point, Donaldson has been most heavily linked to the Dodgers, Rangers, Nationals, Twins and Braves — although multiple reports out of Texas on Thursday suggested that the Rangers